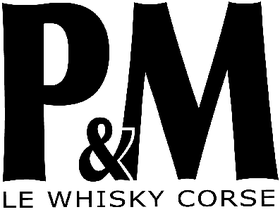 P & M whiskey is born of the combination of expertise Corsican brewery Pietra and distillery Mavela.
Indeed, the whiskey is distilled beer. Stages of brewing and fermentation are in Pietra Furiani, the P & M wash is then distilled in Mavela Aleria, to its transformation into pure alcohol.
It is still in a Holstein will distillations required for this transformation.
The whiskey is then matured in oak casks "Domaine Gentile" softened water source Saint-Georges and assembled in the field of Mavela.
Historical
A native of Corsica, Dominique Sialelli worked in Paris in marketing, but he always wanted to return to live in his native ... not to retire, but to live and create jobs. Under the influence of his wife Armelle, who loves beer forever, he decides to create a brewery, an activity that had virtually never existed in Corsica.
Pietra brewery opened in 1995 near Bastia, with the first beer brand developed with chestnut flour, fruit emblematic of Corsica. Follow the Colomba, a wheat beer flavored with herbs of the maquis, and blonde, Serena. Regional success, but also internationally, is rapidly appointments, and Pietra is the most successful revival of the brewery in France. 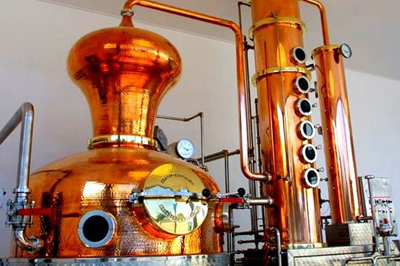 Wishing to diversify, Dominique Sialelli makes contact with the distillery in 2000 Mavela (the only one on the island) to develop whiskey from musts beer. The agreement is reached soon, the first distillation begins, and the first traffic whiskeys P & M (Pietra and Mavela) are placed on the market in 2005.
Specific
If the double distillation takes place in a still traditionally used previously to develop fruit alcohols, originality whiskeys P & M focuses on the nature of aging. Indeed it is made in French oak barrels previously used for Corsican wines, the Patrimonio (vintage renamed the island) or late harvest muscat small. Also serve to maturation barrels with water content spirits chestnut, marc vermouth or moscato. As the grain whiskey used in the preparation of blends, it does come from the continent, but has matured in Sauternes casks or serious white. These features give P & M whiskey flavors originals, finesse even when they are still young.
http://www.domaine-mavela.com/
Our brands