John Jameson & Sons is an Irish company production and distribution of irish whiskey.
Its distillery located in Bow Street in Dublin was one of the largest in Ireland. It was created in 1780 by John Jameson.
The distillery no longer exists, it has been transformed into a museum of whiskey and whiskey Jameson and all other brands of the company are distilled in the large ultra-modern distillery in Midleton.
The brand is now owned by the French group Pernod Ricard.
The company was founded in 1780 by John Jameson with the acquisition of a distillery in Bow Street in Dublin. He quickly became one of the six major distilleries, Dublin.
John Jameson is a Scottish businessman. When he bought the distillery, it already produces whiskey, 30,000 gallons per year. Less than twenty years later it is the second largest distillery in the world, then it produces 1 million gallons per year. Dublin was at this time the epicenter of the global production of whiskey. 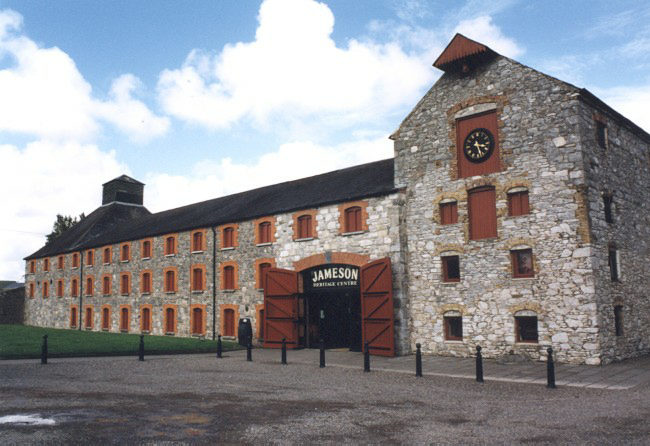 This is the second most popular spirits after rum. In 1805, Jameson became the world's largest producer of whiskey.
Historical events have marked the company and undermined its economy. The temperance movement in Ireland has had a huge impact at the national level and significantly brings down the consumption of whiskey.
But the two facts that the most affected are the Jameson & Irish War of Independence and the quarrel with the British trade. Jameson exports were mainly carried out within the Commonwealth and the exclusion of Ireland has caused a massive decline in sales of Irish whiskey. 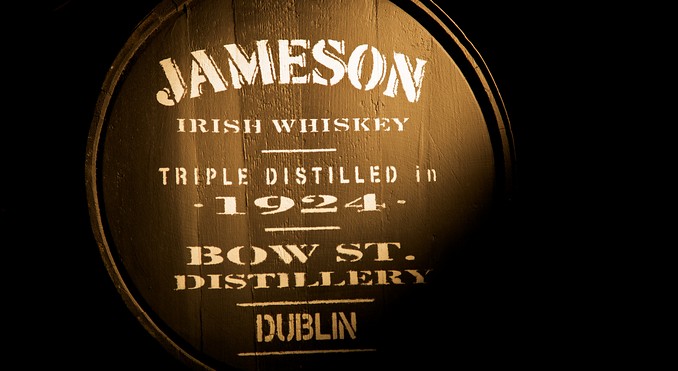 Implementation shortly after the prohibition policy in the United States brought the coup de grace to the Irish whiskey industry.
While Scottish brands benefited from the proximity of Canada to continue to flood the market, went underground, American, and other firms Jameson Irish were excluded for many years.
It is also a fact which explains the technological decline of Irish whiskey and therefore companies that produce: the introduction of the column still in the second half of the nineteenth century.
Invented by an Irishman Aeneas Coffey, it can produce large quantities of grain whiskey which is then mixed with malt whiskey to produce different blends. It allows you to create mixes that Irish low cost, which only use pot stills, can not compete.
The popularity of blends resulted in 1908 in a major survey to answer the question What is whiskey?.
This is a major event in the history of whiskey. Manufacturers Scottish blends prevail. The British state recognizes that the blends have a right to be called whiskey.
Jameson, like other Irish producer, stubbornly continue to produce their irish whiskey from the traditional method of Pure Pot Still. This feature is still valid Irish hundred years after the decision of the British state. Production of Jameson always includes a base of Pure pot still. 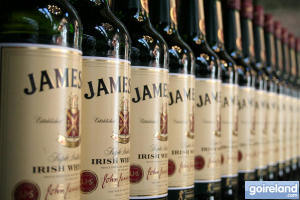 In 1966, John Jameson & Son joined forces with those of the last companies producing whiskey in Ireland, Cork Distillers and John Power & Son and form a new group called Irish Distillers. The new company built a distillery in Midleton giant and transfers gradually the entire production of whiskey (Bushmills off).
Distillery Bow Street is transformed into a museum of distillation and becomes one of the major tourist attractions in Dublin.
http://fr.wikipedia.org/wiki/John_Jameson_%26_Son
http://www.jamesonwhiskey.com/en/
Our brands