The island 11 km wide and 50 km long route consists of a single, one hotel and one distillery.
The year 2010 was a special year for the distillery on the island of Jura, which celebrated its bicentenary. There are many years, the inhabitants of the island of Jura, commonly known Diurachs were allowed to distil whiskey for personal consumption. Unfortunately, good things always have an end, politicians inquisitors voted its ban in 1781. 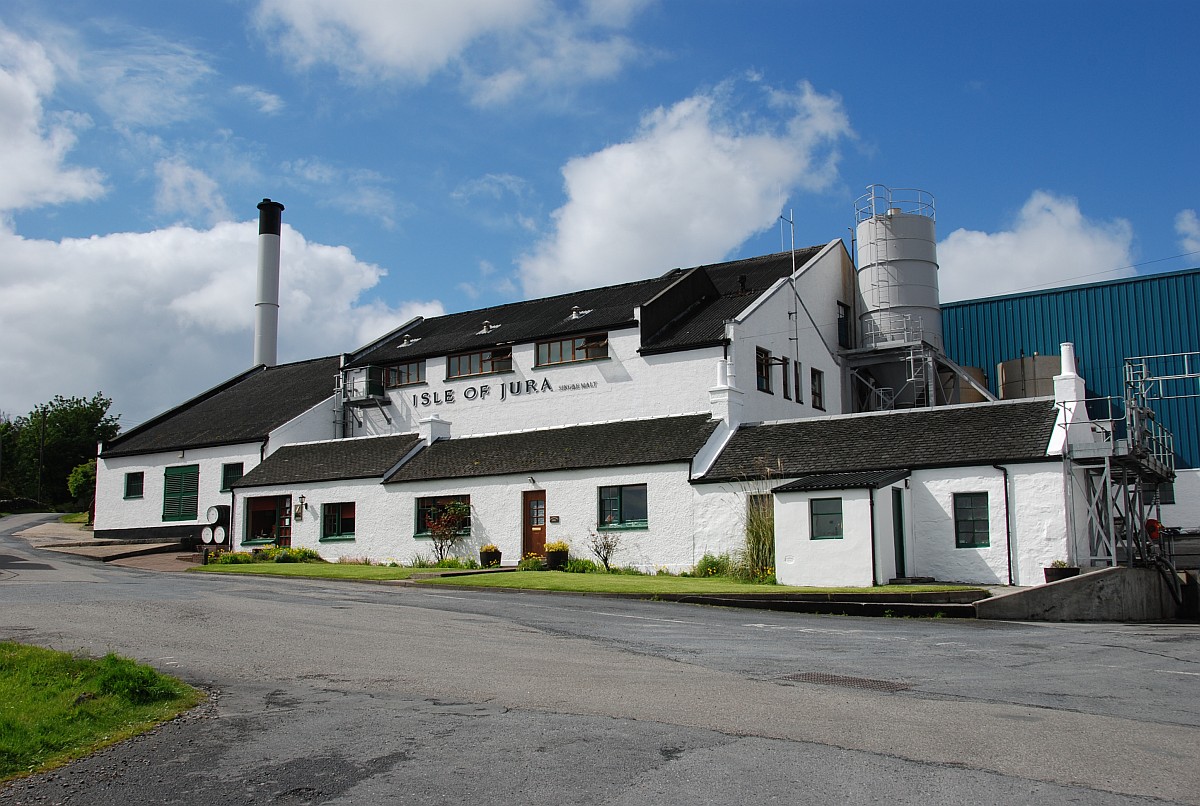 29 years later, according to legend, Laird Archibald Campbell awoke - sober, it must be said - in the middle of the night and saw the ghost of an old woman floating above his bed.
Persuaded by this apparition which reproached the absence of liquid gold on the island, he abolished this punishment and established a distillery near an old smugglers cave in the village of Craighouse in 1810.
Alas, nothing ever lasts very long, it seems. And neglected victim of the economic downturn, the distillery fell rapidly to decay. 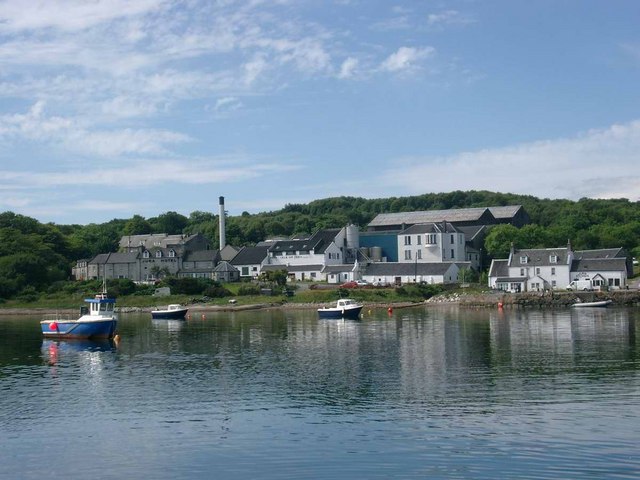 It was only in the 1950s, in an attempt to attract new inhabitants on the island, two local landowners, Robin Fletcher and Riley-Smith rebuilt the distillery, using the architectural magic of a real genius named Delme-Evans.
Delme-Evans opted for stills highest to allow the distillery to produce an eclectic mix of malts, a feature that helped distinguish Jura neighboring islands. We do not know if the old woman thinks back, but there is always a bottle of Jura 16 years of age, the favorite whiskey of the inhabitants of the island, in a secret cave deep in the bowels of the island, just to the to dissuade. 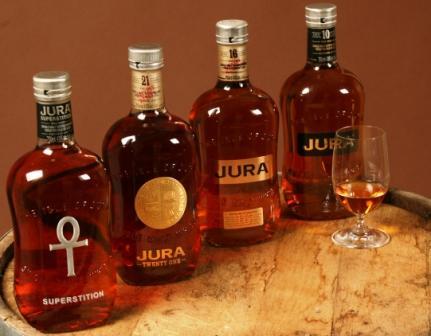 There is always something on the island. All these events are not always provided, but most are announced. Some events and destinations of the island are simply not to be missed ... provided that you reach this place inaccessible!
http://www.jurawhisky.com/home.aspx
Our brands