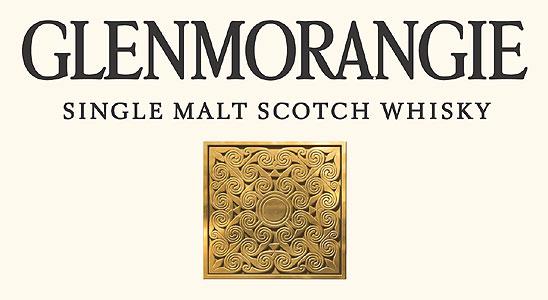 BAILIE JARVIE NICOL - Distillery. (Glenmorangie)
The July 29, 1880 has been officially filed the trademark "The Bailie Nicol Jarvie Scotch Whisky Blend of Old." Made with a high proportion of malts (at least 60%), which was outstanding at the time and continues to be today Blend has quickly attracted the best amateurs in its richness and aromatic complexity. It was such a favorite of British officers during the Boer War in South Africa at the end of the 19th century. BNJ is one of the oldest brands of Scotch Blend still exists, as it has existed for over 120 years! 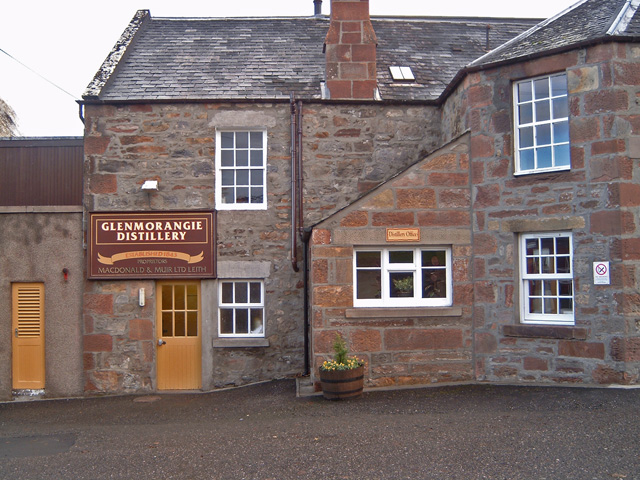 Glenmorangie (Scottish Gaelic: gleann mór Innse "vale of big meadows") is a distillery near Tain in Ross-shire, Scotland that produces single malt Scotch whiskeys. The distillery is owned by Glenmorangie plc. The main product is the range of Glenmorangie single malt whiskey, which is also used in two of its other products, Bailie Nicol Jarvie and Highland Queen brands of blended Scotch whiskey. The Glenmorangie single malt also enters into the composition of some Vatted malt independent. Similarly, it is often mixed with a small amount of whiskey from the Glen Moray distillery, which is also owned by Glenmorangie plc.
Glenmorangie distillery is referred to as the Highlands, and is equipped with the largest stills in Scotland. Glenmorangie is sold in bottles of 10, 15 and 18, special barrel, as well as a range of special editions. The Bailie Nicol Jarvie and Highland Queen are generally aged 8. 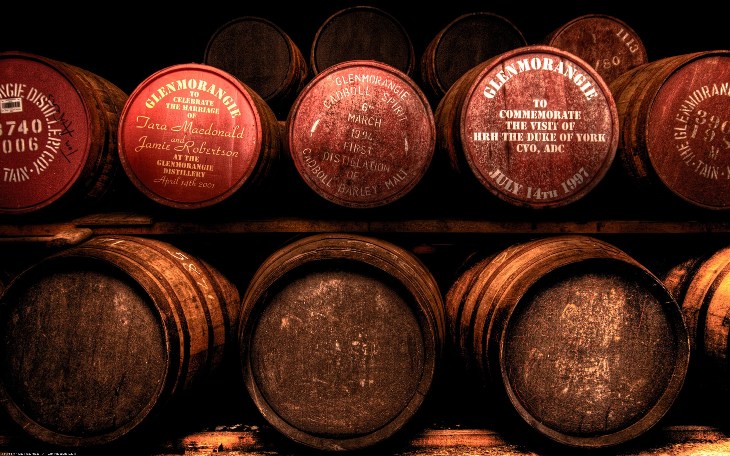 The legend says that alcoholic beverages are produced at the site of the Glenmorangie Distillery since the Middle Age3.
Officially, alcohol production has begun on the site of the distillery in 1738, when a brewery was built at the farm Morangie. Water for the brewery was shared with the farm. William Matheson in 1843 bought a license to produce whiskey and to transform the brewery distillery there installed two occasion2 gin stills. The distillery adopted the name of the farm Morangie, and the name was filed as Glenmorangie brand.
The distillery was bought by William Matheson its main customer, Macdonald & Muir during the year 19184. Macdonald family will retain control of the company for about 90 years2.
Glenmorangie, like all the breweries and distilleries in Britain, has suffered tremendously between 1920 and 1950, with Prohibition and the Great Depression in the United States, which had a great impact on sales. The distillery had to be "mothballed" between 1931 and 1936. Depression ended with World War II, but the war effort limiting fuel and barley, the distillery again had to be mothballed between 1941 and 19444. Whiskey exports were important during the war, although the enemy has destroyed and disrupted deliveries to United States and Canada.
Towards the end of the war and the immediate post-war period, the distillery increased production to meet the market at full capacity in 1948. The distillery has increased the number of stills from two to four in 1979. The water supply became a concern during the 1980s, the development of land around the sources of Tarlogie becoming increasingly likely. This development could have an impact on the quality and quantity of water available to the distillery, the decision was made to purchase the sources of Tarlogie and 600 acres (2 4 km ²) of surrounding land to ensure quality and the amount of water required. The distillery continued to expand during the year 1993, when four stills were added. Other two fermenters were added in 2002. 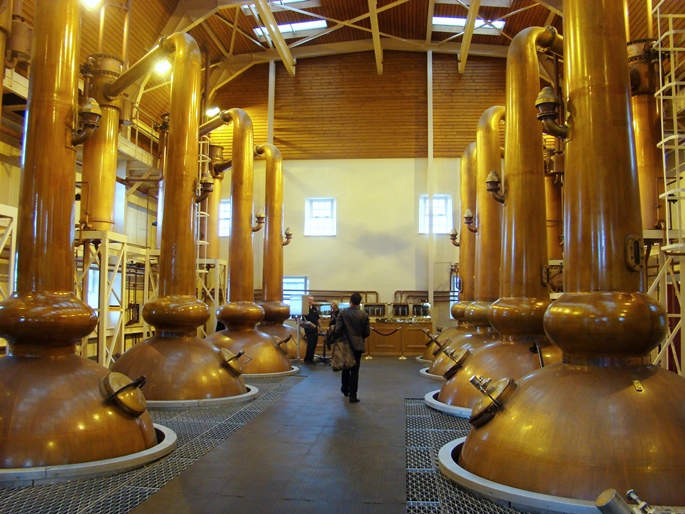 Macdonald family retained ownership of 52% of the company through a list to the London Stock Exchange which allowed the family to hold the majority of voting rights of the company. Macdonald family sold the company in 2004 for about £ 300 million to a joint venture including alcoolier French LVMH - Moët Hennessy Louis Vuitton SA and Guinness Holdings France SA, a French subsidiary of the British company Diageo drinks. LVMH owns 66% stake in the company Diageo and the 34% of the shares restantes5.
Glenmorangie was the best selling single malt in the UK for many years. The distillery produces about 10 million bottles per year, 6-6500000 are sold in the United Kingdom6. Globally, Glenmorangie is 6% market share of single malt.